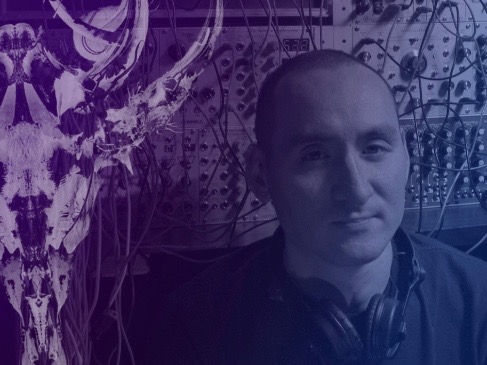 "Waverazor's synthesis approach is very unique in that you can splice almost any combination of multi-shape waveforms, and multiply, degrade, destroy or mutate them with a wide variety of different parameters. The sounds are very organic and interesting. I honestly can say there are some sounds I created with this instrument that I have never heard before."

From his first experiments using computers for composition in the early 1990s, Devine became known for his layered and heavily processed sound. In more recent years he has remixed Aphex Twin and Mike Patton of Faith No More. Richard Devine has released six full-length albums on Schematic, Warp, Asphodel and Sublight records, and has brought his musical mayhem to audiences worldwide.

"MOK’s Waverazor is an essential sound design tool. It creates sounds that are completely different from any other synth that I use and it’s extremely high quality. I have definitely gotten a lot of questions like, “What’s that synth?!” and I’m always happy to share, because I think all producers and sound designers should have Waverazor in their arsenal! "

Laura Escudé is an international artist, innovator, and entrepreneur with a deep understanding of complex technology, a profound passion for music and art, and a unique talent for fusing the two. Escudé’s expertise has made her one of the world’s most in-demand live show designers, crafting productions for Kanye West, Jay Z, Bon Iver, Missy Elliot, Herbie Hancock and television mega-brand American Idol.

Technology is a second language for Escudé, who in 2008 became the world’s first Ableton Certified Trainer. In 2012 she founded Electronic Creatives, using her skills to hire and train programmers and playback engineers for artists including Logic, Ariana Grande, The Weeknd, Big Sean, Charli XCX and the Yeah Yeah Yeahs. Her company has become a worldwide leader in this field, with Escudé now managing a staff of 15 top-tier professionals.

As an artist, Escudé strives to inspire through her music. She’s released myriad albums, singles and EPs under the name Alluxe, synthesizing her skills as a classically trained violinist and her prowess as an avant-garde electronic producer. Now making music under her own name, Escudé recently released the "Transmute" EP, her most intimate work to date, capturing the sound and feel of a woman who’s examined the darkest parts of herself and come out the other end transformed. 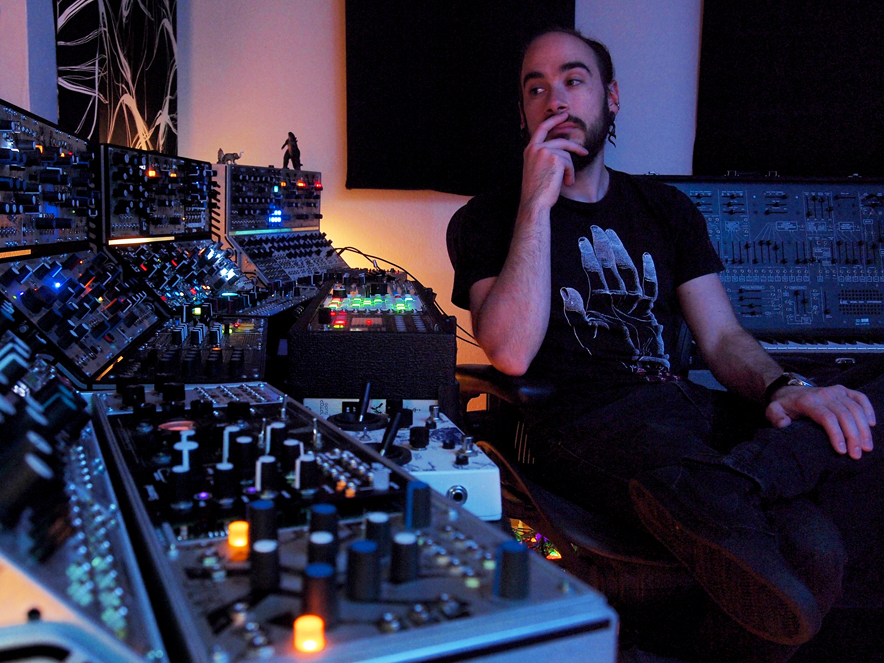 "GOOD LORD. This thing is absolutely insane. I love all the harmonics I'm getting, sometimes pleasantly strange and oftentimes wildly musical. I'm also really loving all the rhythmic possibilities and being able to tune the different wave slices. Consider me a huge fan of your Waverazor module!"

Born and raised in New York, Anthony Baldino is a Los Angeles based composer and sound designer whose work is nearly impossible to miss, having been showcased in the biggest movie trailer campaigns of the last decade, including Prometheus, Interstellar, Ex-Machina, Star Wars: Rogue One, Avengers: Infinity War, Avengers: End Game as well as remixes of Travis Scott for Uncut Gems and Arianna Grande for Fantasy Island.

With his debut artist release, “Twelve Twenty Two”, Baldino has delivered a devastatingly beautiful full-length album grounded in IDM. Forged on a vintage ARP 2600 and modern Eurorack modular synthesizers, this groundbreaking record is as technical as it is emotive. Tasteful and incredibly detailed, “Twelve Twenty Two” bridges the gap between sound design laden beats, cinematic motifs and intricately crafted ambiences. Written and produced by Anthony Baldino, and mastered by Brian "Big Bass" Gardner, “Twelve Twenty Two” is available now on vinyl and as a digital download. 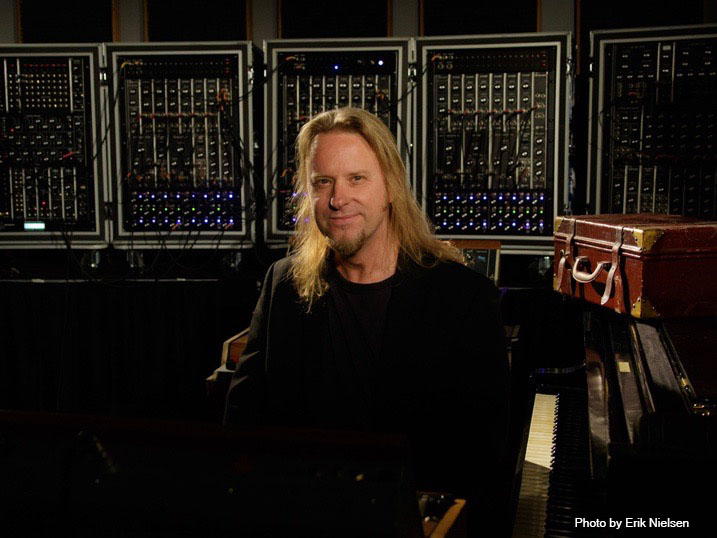 "MOK is all about innovation and non-conventional thinking. Taiho, Rob and Chris are a mighty team with the perfect complementary skill sets based on their many years in the industry. It shows in their products. Far from the "me too" products of so many other manufacturers, these guys are creating totally new tools for musicians and sound designers."

Erik Norlander is an accomplished keyboardist, composer and producer with over 40 album credits including 9 solo albums, 7 with his Rocket Scientists project, and 10 albums with vocalist wife Lana Lane. In 2018, Erik appeared on the debut album from Dukes of the Orient, a spinoff of the supergroup Asia, along with former Asia frontman, John Payne. The two co-wrote all of the album's songs and produced 2 videos. Prior to that, Erik toured with Asia Featuring John Payne for 6 years. Erik also toured extensively in the US and Europe with Last in Line featuring original Dio members Vinny Appice and Vivian Campbell.

Outside of the music world, Erik co-designed the UNO Synth analog synthesizer for IK Multimedia in 2018, carrying on the legacy of his design work on the legendary Alesis Andromeda analog synthesizer in the late 1990s. Prior to that, Erik was the first synthesizer product manager for Alesis Studio Electronics and presided over the creation of the QS series of the synthesizers, as well as the DM5 and DMPro drum modules. Erik has worked on various projects over the years for Yamaha, Waldorf, MOTU, Universal Audio, Arturia, Spectrasonics, Dave Smith Instruments and Line 6. Erik also actively works with The Bob Moog Foundation to advance the legacy of the maverick synthesizer pioneer. 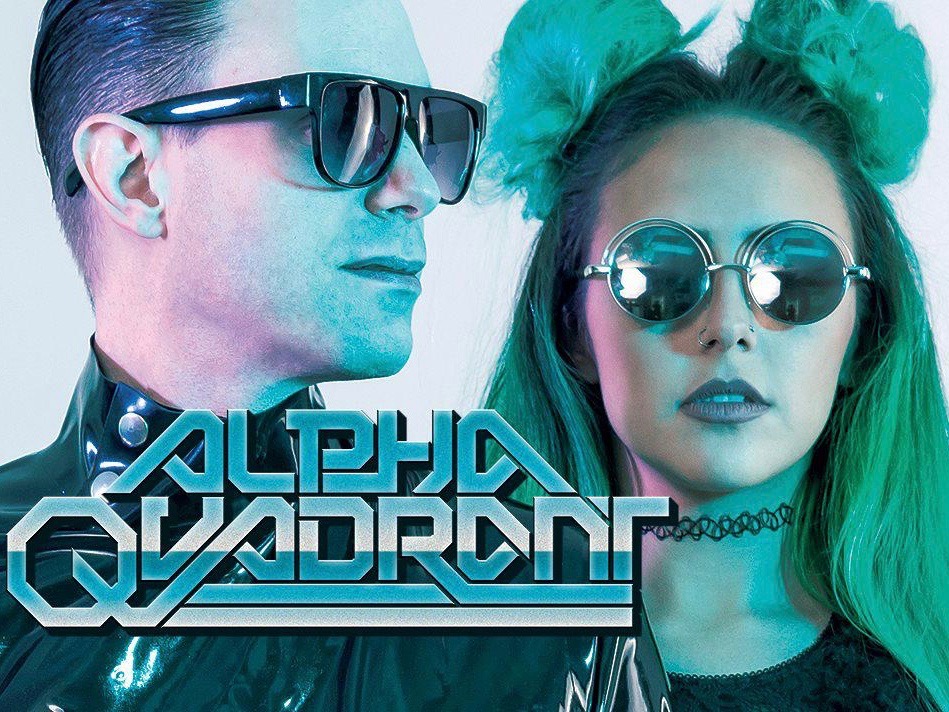 "Waverazor is the Final Frontier of new synthesis. Its design is similar to that of a Eurorack Modular synth, offering near limitless modulation possibilities, allowing the user to create sounds never before heard in this galaxy or any other. We love this synth and it's found a permanent home in our music. "

Alpha Quadrant have released a subspace shredding, warp core of a self-titled EP, and subsequently launched their razor sharp digital single, "The Synthesis Principal” on stardate 2019.5. They’ve also produced strange new remixes for “Flux” by Grendel, and “Del Ctrl & Esc” by Giant Monsters On The Horizon. Casey and Kayla’s intrepid away team have been featured on Static Realms TV, the Communion After Dark Podcast, Robots With Headphones, Miami New Times, Jolt Radio, and Space Couch.